The horror, the horror

There's something about logos that brings out all that's most spastic in ponytail aesthetics. Once a CEO has bought into a logo, it's blasphemy to state the obvious - same with IT projects or the Emperor's New Clothes.


The crazed emperor of the London Olympics is Sebastian Coe, one of the greatest of all athletes. I once walked behind him at Athens airport. It was like walking behind a man with wings on his ankles...he just glided down the corridor with no effort. 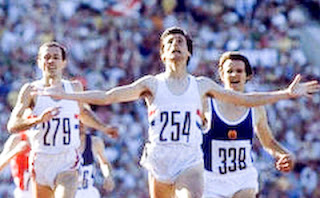 Here he is announcing the new logo..

Posted by Cholmondeley at 23:08 0 comments